Thank You For Not Reading

One of the most interesting and paradoxical comparisons coming out of Ugresic's dissection of book culture is the similarity between the art of socialist realism (as prescribed by the Soviets) and the nature of the contemporary marketplace to produce and promote art that appeals to everyone. Suddenly I had two new worlds emerging in front of me: a remote, forgotten world of the spelling book, promising a happy future, and another, real, present world that was brutally denying that future. the age of skin

A rare and welcome combination of irony, compassion, and a sharp polemic gaze characterizes these beautiful and highly relevant essays. Ugrešic’s novel is a wonder; it’s essential reading for writers and lovers of writing alike. W
ho knows, maybe one day there will no longer be Literature. Instead there will be literary web sites. Like those stars, still shining but long dead, the web sites will testify to the existence of past writers. There will be quotes, fragments of texts, which prove that there used to be complete texts once. Instead of readers there will be cyber space travelers who will stumble upon the websites by chance and stop for a moment to gaze at them. How they will read them? Like hieroglyphs? As we read the instructions for a dishwasher today? Or like remnants of a strange communication that meant something in the past, and was called Literature?
I
have watched The Wizard of Oz many times, and always feel both sympathy and antipathy for Toto. You remember him, Dorothy’s little dog who, prompted by his doggy instinct, tugs back the curtain exposing the Great Wizard of Oz for what he is: a charlatan. In my texts I often behave like Toto, as if Toto’s spirit is inside me, egging me on to tug back the curtain. This role is thankless because after his grand gesture Toto remains what he was: a little dog, a minor character overshadowed by the Wizard’s greatness. I love the Great Wizard’s extravaganza, the fuss, the smoke and flames, as much as the next person. But despite the lure of it all something won’t let me be, and I tug at the curtain. Gustave Flaubert announced: “I am Madame Bovary!” And I? What can I say?
O
nce, in response to my question about what makes a book good, a student of mine shot back:” It should sparkle!” Whenever I finish writing a book, I lean my ear to the manuscript and listen in panic. Is it bubbly or still? Does it pulsate or is it flat? Warm or cool? A sparkler, or a charred, sputtering little stick? 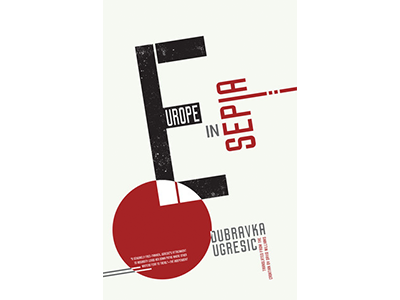 Ugrešić’s writing is lithe and passionate, but maintains a strangeness and humor that make it endlessly intriguing. —A.D. –The New Yorker , February 3rd, 2014 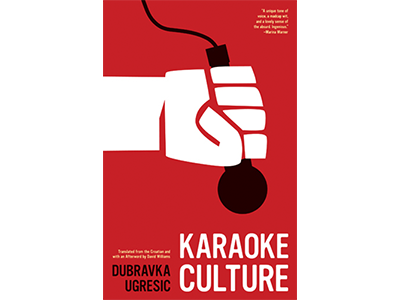 “Karaoke Culture” is an essential investigation of our times.— Los Angeles Times 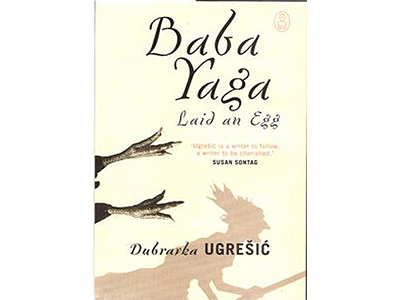 Ugresic’s retelling may be blisteringly postmodern in its execution but at its heart is a human warmth and even a silliness that infuses it with the sweet magic of storytelling. — The Times 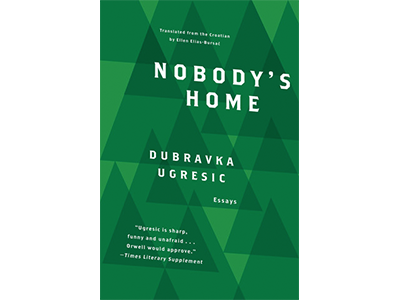 This book is part memoir, part shrewd observation, part travel writing at its best. Each section opens with a loving quotation from the Russian satirists Ilf and Petrov, and Ugresic writes with something of their impish genius. —Telegraph 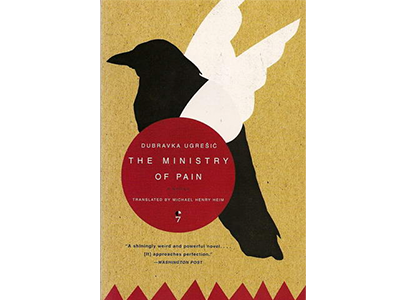 The Ministry of Pain

A brave, accomplished, cultured novel, sombre and witty … This is Ugresic at her best … There are very pure pleasures in Ugresic’s honesty, her lightsome, moving prose —The Guardian 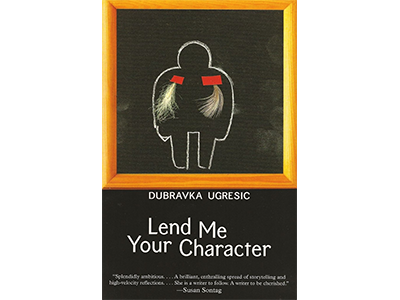 Lend Me Your Character

This is arguably the best book by Dubravka Ugresic available in English, and it deserves the type of praise that Ugresic is usually uneasy about: sexy, hip, funny. —The Globe and Mail
Dubravka Ugresic - Website